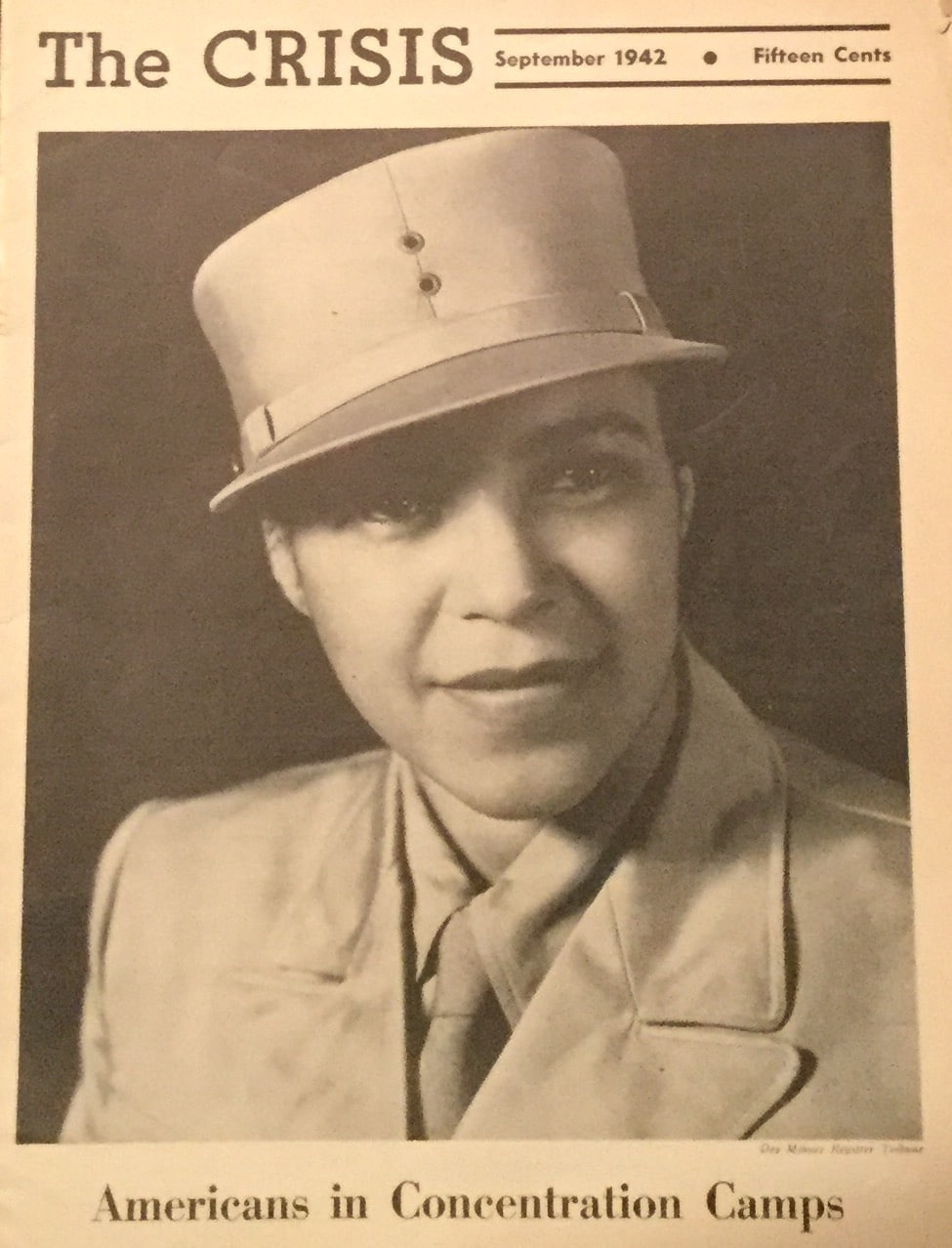 Includes: November 1939, July, 1940, October, 1940, December, 1940, May, 1941, February 1942, April, 1942, May, 1942, July 1942, September, 1942, November, 1942, March, 1943, May, 1943, June, 1943, September, 1943, January, 1944, April, 1944, September, 1944, and April, 1945. While a broken run, this group of Crisis Magazines provides an almost month by month description of the progress of WWII and the African American community’s participation in it. A number of issues are devoted to the Tuskegee Airmen and to black participation, male and female, in the armed services. In addition to much war news, the struggle for civil rights, unions, education and the ever-present inequality continue to fill the pages. But not all the news is war news or negative; articles by or about people like Fats Waller, Philadelphia attorney Raymond Pace Alexander, composer William Grant Still or women in defense work more than balance out the grim news from Europe and the Pacific. Perhaps the best content is a feature article about the Japanese internment camps (9/42). Direct from the magazine’s archives, a highly important run.