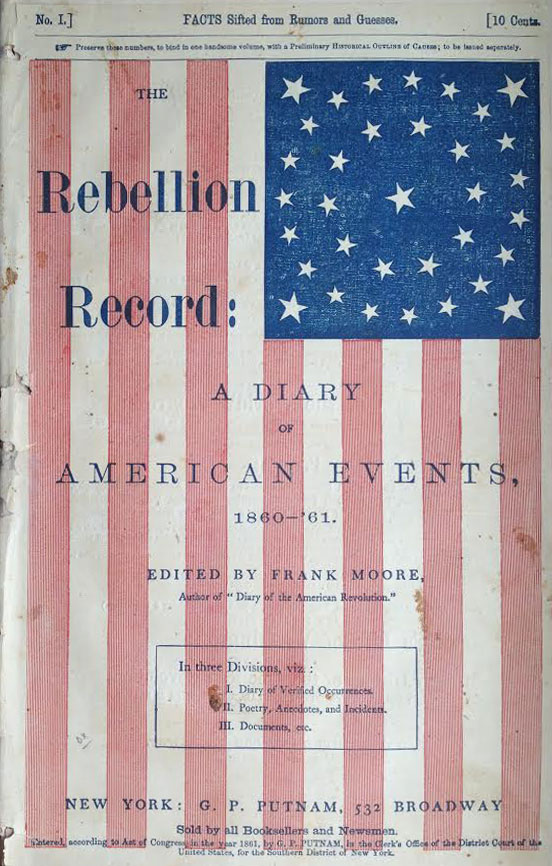 A real-time Civil War history. The Rebellion Record is unique in that it began to build a history of the Civil War while the war was still being fought. The Rebellion Record grew to a twelve-volume set (eleven volumes and a supplement to the first volume) that was published during the Civil War and in the three years following. This collection was a key resource on the Civil War both during the war and in the decade following the conflict. It was one of the main sources for access to the content of primary source documents for historians, students, the military, and individuals seeking more in-depth information about the war. Divided into three sections: Facts, Poetry and Documents. Edited by Frank Moore. Published by G.P.Putnam. Rare in original wrappers.