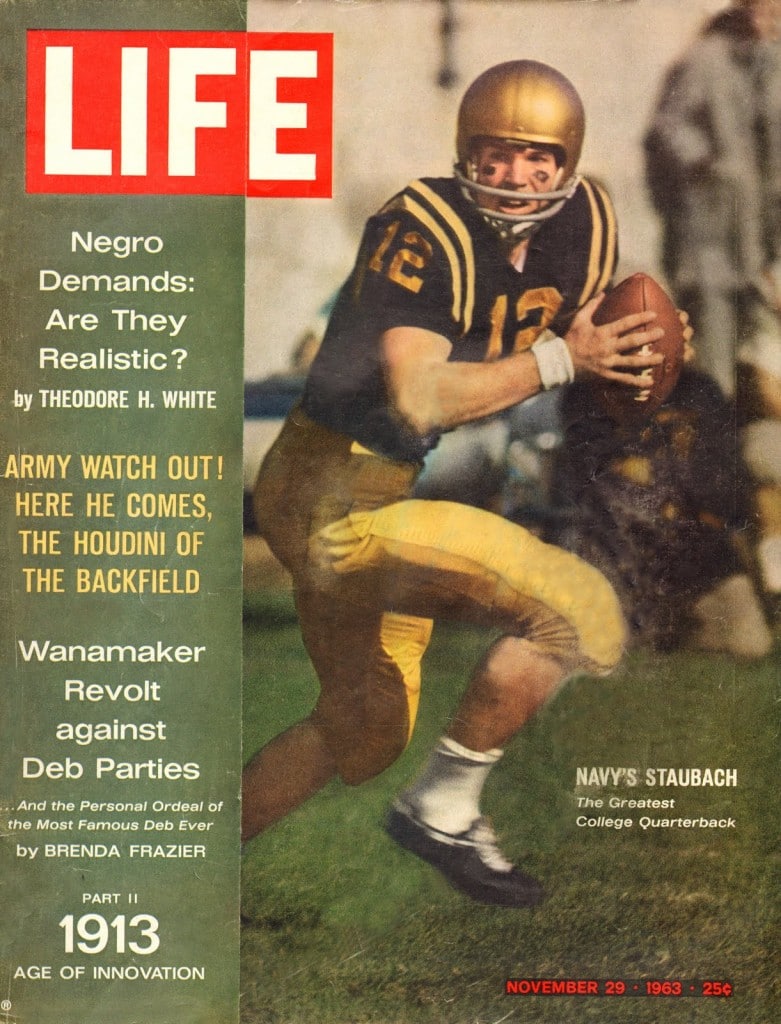 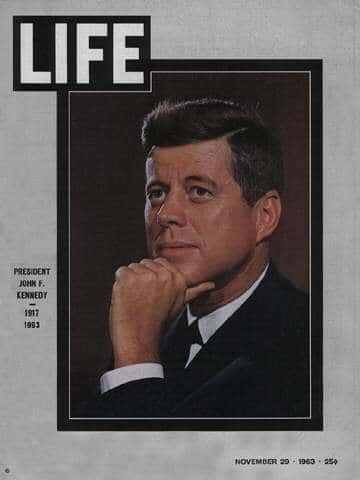 When Life throws you an issue, then doesn’t, how did Roger Staubach deal with it?

One of the several mini-documentaries that NFL Films has produced this week for the NFL Network and NFL.com surrounding the storylines of the John F. Kennedy assassination 50 years ago surrounds a media angle that isn’t all that well known.

Navy quarterback and eventual 1963 Heisman Trophy winner Roger Staubach was supposed to be on the cover of Life magazine for the Nov. 29, 1963 issue. After some 300,000 copies were printed on Friday, Nov. 22, the news came out about the tragedy in Dallas. The editors scrambled for a new cover memorializing Kennedy, and include a whole new array of photos inside.

So whatever happened to the Life issue dedicated to Staubach, who had already made the cover of Time magazine a month earlier?

It’s become one of the most-sought collectibles, something you’re not even likely to find on eBay. Only a couple dozen may exist today. Their worth can be up to $1,800.

Paul Camarata of NFL Films was given the job of pulling together the seven-minute piece that aired as part of “NFL Films Presents” on ESPN as well as the NFL Network. It includes interviews with Staubach and former Life magazine exec Terry Murphy, as well as going to Dallas to interview the curator of The 6th Floor Museum at Dealey Plaza, Gary Mack, and magazine historian Dr. Steven Lomazow.

“To me, in the baseball card world, everyone knows of the T206 (Honus Wagner) card, or to stamp collectors, there’s the iconic upside-down airplane, and here with Life magazine is a rare artifact and a story even rarer,” said Camarata, from the NFL Films offices in New Jersey. “It’s a story where football and Kennedy history meets, but we thought even Steve Sabol would have had a copy of this one. We went through the personal library (of the late NFL Films president) and figured he’d have to have one of these. He’s got stuff of Thomas Edison shooting a college football game in the 1890s. But he didn’t have this magazine, and to me that makes it even more remarkable in the rareness of the story.”

From all the pieces done this week by various networks about the life and times of Kennedy and his connection to football, this Life magazine story may be the most divergent. But it still shows a point in media history where a news event resulted in a seemingly impossible change in direction of how such a popular magazine could react in such a short period of time — without the aid of computers or digital photography.

“I think this is really a reminder — and something we learn all the time at NFL Films because it’s in our DNA as documentarians and keepers of the flames — that history is always alive,” said Camarata. “The more time passes, it’s like the old saying that you never step in the same river twice. You have a different perspective all the time. This Kennedy anniversary is a great reminder that even after all these years, maybe with the most dissected event in American history, we’re still learning something new. It’s a cool testament to understanding history and the interesting layers it has. It’s how we capture news and tell the stories and preserve it — or, in some cases, even lose it.”